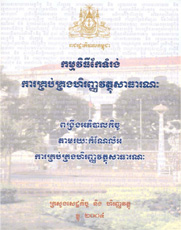 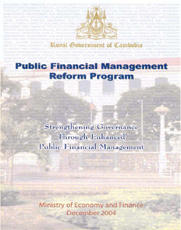 The reform program is divided into four major stages in the first stage (2004 to 2006) MEF will implement over 200 actions spanning 27 major important activities. Therefore, step by step the RG will be able to promote efficiency and strengthen public financial management, while developing capacity for government officials at all levels and at all ministries and government agencies and as well as at provincial and commune-sangkat levels. In this regard, the RG will be able to provide more resources and directly support priorities from central to line ministries and government agencies as well as to local government agencies at the provincial and commune-sangkat levels. In addition, MEF will also assist in enhancing responsibility of all spending agencies in implementing their program in order to achieve the economic and social policy goals of the RG. 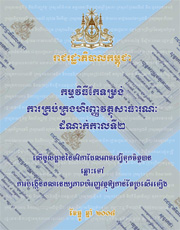 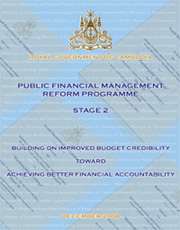 The Rectangular Strategy-Phase II recognizes that platform one/stage one of the Public Financial Management Reform Program (PFMRP) has made a substantial contribution to the nine important achievements made during the third term of the Royal Government of Cambodia (RGC). This outstanding performance is reflected in an improvement in revenue collection which has been increased about 26 percent per annum and, in just a short time, converted the situation from “chronic cash shortage to cash surplus”. This achievement has created fiscal space from year to year and allowed RGC to be able to rationalize its expenditure by raising salary toward an appropriate level for teachers, soldiers, and civil servants, increasing public investment on social and economic infrastructure in order to strengthen and expand public services toward achieving poverty reduction of the people and a more stable and predictable environment for budget implementation. 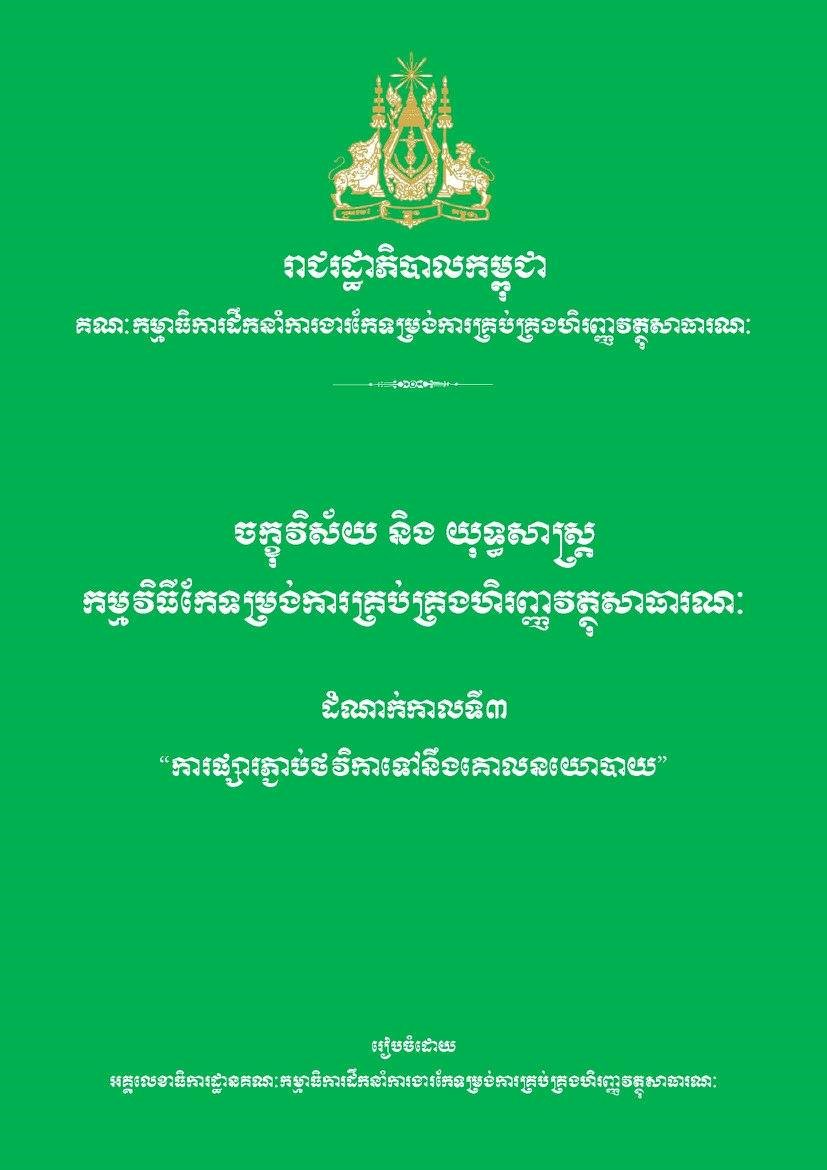 10 years after experience of public financial management program implementation, the Royal Government of Cambodia have finished the stage 1 “Budget Credibility” and stage “Budget Accountability” with a great result of all line ministries and government officials who have prepared implemented and monitored and evaluated their government budget. All these results will be the basis for ensuring that the budget will link to policy, program, and action of line ministries and other public entities, that is, the new stage of PFMR have been reach (stage 3 “budget-linkage policy”. During this stage, Medium-Term Budget Framework, including medium-term revenue framework, medium-term expenditure framework and medium-term policy framework will be prepared and approved by Council of Ministers while as the preparation and implementation of budget strategic plan from all line ministries will be done effectively, efficiently, and with accountability.